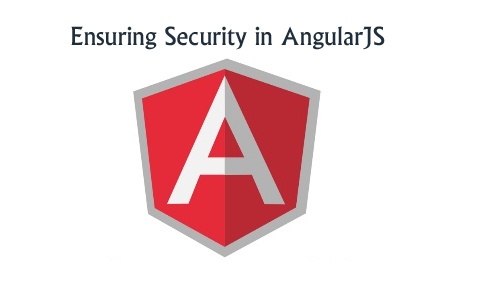 Programming securely is the most happening debated issue these days. The web developers/designers should be always on toes to act on the cyber-attacks and should be aware of expecting the security issues when building a web application. No matter, how robust the security walls are built; there is always a threat coming on its way behind the screens.

This blog helps you to understand better about the best practices we ought to follow as a primary concern while developing an AngularJS application so that we constrain the measure of security issues we may expect.

Try using the latest AngularJS version as long as it is possible?

Below mentioned is the code declaring the sanitization providers in BrowserModule:

Angular proposes to enable the Content Security Policy (CSP) by configuring the web server to return an appropriate Content-Security-Policy HTTP header which safeguards against the XSS attacks.

Be careful while trusting safe values