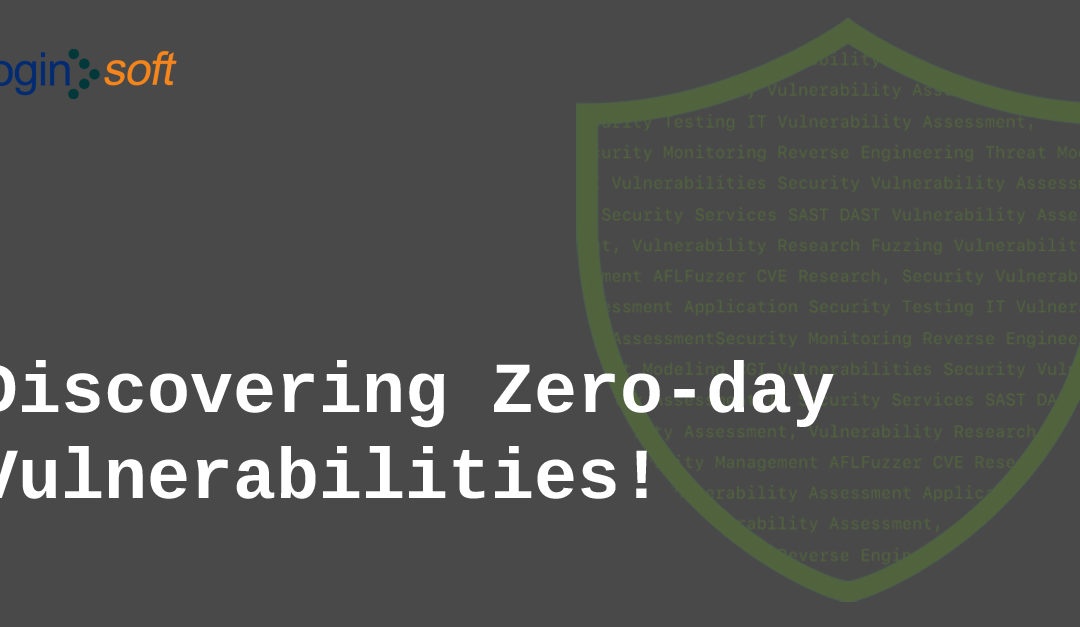 A flaw always attracts antagonism. The same implies for the software vulnerabilities which act as a gateway for cyber-attacks and increases the chance of code exploitation. Cyber security is the biggest threatening challenge that the present –day digital world is encountering each and every second. The frequency of the vulnerability occurrence is also rising rapidly. Till date, many different types of vulnerabilities have been found by different organizations and efforts have been taken to fix the patches.

Loginsoft is one such organization which strives and searches constantly to identify the vulnerability occurrence in any open source software system and informs the respective vendors to work on fixing the issues. So, Let us educate you on our most recent vulnerabilities findings and help you to have a clear understanding of the impact of the deviations.

Our Loginsoft research team has observed that, off all the software flaws we encounter, Buffer Overflow vulnerabilities are the most commonly faced hitches, which when ignored can bring down major complications to your code.

What is a Buffer Overflow Vulnerability?

A buffer is a temporary storage memory location with fixed capacity and handles the data during a software process. When more data is mounted on to this buffer beyond its capacity, an overflow occurs where the data is expected to leak or may over-ride other buffers. This entire scenario lays the path for over flow vulnerabilities which can be cashed by the cyber-attackers.

Generally there are two types of Buffer vulnerabilities coined depending on specific feature categorization and structure of memory overflow.

Heap handles the dynamic storage of the data. One has to manually allocate and de-allocate the memory in heap storage using the malloc() and calloc() functions. When the memory management process is neglected, a heap overflow occurs which can affect the entire system code drastically.

1.Heap overflow in vulnerability-1 in Tcpreplay

Product Details: Tcpreplay is an open source software which helps to edit and replay the captured network traffic.

Vulnerability Specifics: The Tcpreplay research made by Loginsoft team has led to identify the heap overflow when a crafted pcap file is sent to Tcpreplay edit.

2.Heap based buffer over read vulnerability-2 in Tcpreplay

3.Heap based buffer over read vulnerability-3 in Tcpreplay

Vulnerability Specifics:The heap buffer over-read was encountered in when multiple data packets are sent into the same heap buffer with truncated packet lengths. The fast_edit_packet() function residing in the file send_packets.c which encompasses both Tcpreplay and tcprewrite.

4.Heap based buffer over read vulnerability-4 in Tcpreplay

Vulnerability Specifics:When the get_next_packet() function in the send_packets.c file utilizes the memcpy() to copy the sequences un-safely, a heap buffer over read is experienced.

5.Heap based buffer over read vulnerability in HDF5

Product Details:HDF5 is totally into data managing side which effectively deals with all sorts of complex data and also provides tools and applications for analyzing the data in HDF5 format

Vulnerability Specifics:: A heap based buffer over-read is initialized when the function H5O_attr_decode() residing in H5Oattr.c file is executed through 1.10.3 library.

The listed heap over flow buffer vulnerabilities discovered by our research team at Loginsoft addresses most of the commonly faced issues by any software programmer or tester either in development phase or in testing phase. Such deviations when not fixed in timely manner can act as a source of malware entry points and attacks. We can prevent such vulnerabilities by following:

Identifying the threats at right time before the invasion of malware can save you with lot of time, money and effort. For this, one has to be always on high alert mode and act immediately on the vulnerabilities. We suggest you the flowing tips to discover the vulnerability existence before the hacker’s eye catches the miss-lead.

Now let us assist you to understand how Loginsoft helps to find out the vulnerabilities and the cyber security services we offer:

Loginsoft values the privacy of its clients and open source vendors. As soon as we notice vulnerability in any of the softwares, we immediately inform the concerned vendors and after they close the issues by fixing the patches successfully, we then publish the discovered vulnerabilities with detailed reports in our website to educate our visitors on cyber-attacks.